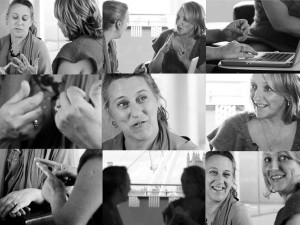 “Our vision is audaciously ambitious. We want to use The Space to amplify the impact of the artists. This has the power to change the way in which disability and creativity are viewed throughout the cultural sector. So go on. PUSH ME.”

PUSH ME was one of the first 53 digital arts commissions for The Space. A collaboration led by Watershed, it provided an invitation into the journey of 12 artists working as part of Unlimited, the Cultural Olympiad programme focusing on disability.

We called the project PUSH ME as we were interested in the whole idea of the artists going beyond something they had done before – pushing past what they had previously achieved. So PUSH ME was about the artists pushing themselves, but it was also about more than that.  We were interested in how the work that they created is challenging and changing the arts sector – as the artists grow and develop, how do others have to grow and develop too? The team behind PUSH ME was part of the push too – pushing each other to look at things differently and gain new skills.

So what exactly have we done? We have created a series of 90 second films – PUSH ME for 90 seconds –  that have been dropped into The Space from June 2012, supported here by a blog to keep people up to date with information about their inspirations, the commissions themselves and the impact they are having out in the wide, wide world. In September 2012, we filmed a 30 minute documentary looking at the work that was showcased at the Unlimited Festival at the Southbank, part of the London 2012 Festival, and this too was placed into The Space as a 30 minute documentary – Total Permission. It has also had the following live screening:

PUSH ME has won the Education Award at the Picture This… Film Festival in Canada.

This site archives all the PUSH ME films and the Total Permission documentary, and the blogs created during 2012, focusing on the development of the project, the artists and the context in which they were created and held.

The Unlimited programme was part of the London 2012 Cultural Olympiad. Unlimited encouraged collaborations and partnerships between disability arts organisations, disabled and deaf artists, producers and mainstream organisations to celebrate the inspiration of the Olympic and Paralympic Games and to create original and exciting works. Twenty-nine Unlimited Commissions have been awarded. Unlimited is principally funded by the National Lottery through the Olympic Lottery Distributor and is delivered in partnership between London 2012, Arts Council England, Creative Scotland, Arts Council of Wales, Arts Council of Northern Ireland and the British Council.

The Co-Curators Jo Verrent and Sarah Pickthall founded Sync, looking at the interplay between disability and leadership based on the idea of syncopation – placing an emphasis on a usually un-emphasised beat. Focusing on aesthetic rather than deficit, their work is about curiosity rather than voyeurism with a focus on deepening engagement and subverting stereotypes.

John Durrant is the Creative Director of multi award winning production company BDH. John created the overall visual concept for the project and produced/directed/oversaw the video content.  Watershed held the journey together.

PUSH ME was a commission from Arts Council England and had additional investment from Creative Scotland. 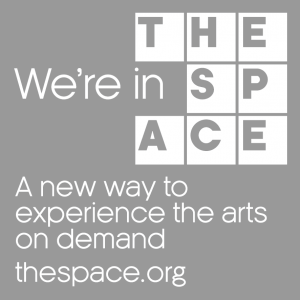 The Space is a multi-platform initiative, which showcases some of the best digital art works in the UK and aims to build the digital skills and capability of the arts sector in the run-up to the Olympics.

Launched in May 2012, it aims to encourage arts organisations to experiment and engage with new audiences. The initiative has created hundreds of hours of original commissions for broadcast via computers, mobiles, tablet computers and internet-connected TVs.

Go and have a look for yourself - thespace.org

Our first films are 90 seconds long.

In 90 seconds it’s hard to describe everything – especially the credits (to be honest, its hard to even read them in the time available!)

We thought we’d create a space here where you can get to the full credits easily so everyone can access them at their leisure if they wish.